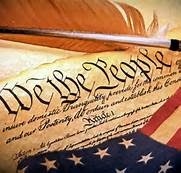 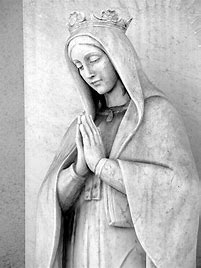 Two statues of the Virgin Mary were reportedly vandalized over the weekend in Boston, Massachusetts, and Queens, New York.
At around 10:00 p.m. Saturday, officers responded to a call about a fire in the area of 284 Bowdoin Street in Dorchester, the Boston Police Department said in a Facebook post.

Posted by Liberty Review at 7:00 PM No comments:

A King County, Washington, Superior Court Judge has approved a petition for a recall election for Democrat Seattle Mayor Jenny Durkan.
The Seattle Times reported that the Friday ruling over Durkan’s recent handling of police brutality can proceed, allowing petitioners to start getting enough signatures to get the recall measure on the ballot.

Posted by Liberty Review at 3:00 PM No comments:

Virgil: Welcome to Year One—All Prior History Is Cancelled� 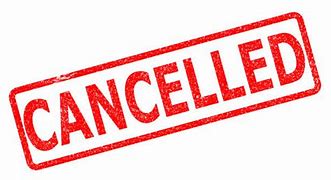 Virgil: Welcome to Year One—All Prior History Is Cancelled�: Ye Be Judged—

And Ye Be Canceled
By now, it’s become obvious that every historical personage can be judged and found wanting–and thus must be, to apply the voguish phrase, “canceled.” To the well informed, the fact that all people are flawed is not a revelation; after all, just about every intellectual and theological system in human history has been built around the premise that everyone has failings.

Posted by Liberty Review at 11:00 AM No comments: 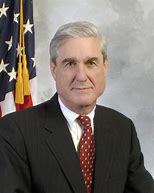 Graham says he will call Mueller to testify before Senate committee | Fox News:

Senate Judiciary Committee Chairman Sen. Lindsey Graham, R-S.C., announced Sunday that he will grant a request to call former Special Counsel Robert Mueller to testify about the Russia investigation.
Graham made the announcement in a statement a day after Mueller published an op-ed in the Washington Post in which he defended the prosecution and conviction of Roger Stone after President Trump commuted Stone's sentence. Stone's case spun out of Mueller's probe.

Posted by Liberty Review at 7:00 AM No comments:

Dr. Robert Epstein: Google Will Shift 10% of Voters to Make Trump a 'Blip in History'

Dr. Robert Epstein: Google Will Shift 10% of Voters to Make Trump a 'Blip in History': 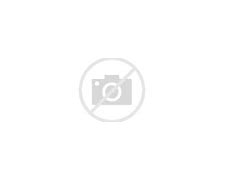 Discussing Google’s efforts to suppress conservative content, Marlow states: “None of this is gonna come as a surprise to this audience but I don’t think a lot of people by and large understand exactly how much they can manipulate you, Google can, with just a slight tweak to search results or search suggestions or their algorithm… Everyone knows by the Breitbart leak of the Google TGIF meeting in 2016 right after the election that they said they wanted populism to be a blip in history, they wanted to basically use their power to make sure populism doesn’t have long term effects, what does that mean?… Since then Breitbart’s reach has wildly diminished within Google, this cannot be a coincidence.”
Dr. Epstein replied: “I doubt that it’s a coincidence because it’s so easy for them to suppress content of any sort. I published a big article on this in 2016 called The New Censorship, I focused on nine of Google’s blacklists, this is without ever seeing one and without the company admitting they had such things. But last year, Zach Vorhies left the company, quit the company and took with him 950 pages of documents and a video and two of those documents were Googles blacklists.”

Posted by Liberty Review at 7:00 PM No comments:

NBC News Spent Weeks Reporting On A Contributor’s Journey Battling Coronavirus – But He Never Had It | The Daily Caller:

NBC News spent weeks documenting its science contributor’s battle with COVID-19, but now he admits that he never tested positive for it.
Dr. Joseph Fair, a virologist, believed he had the virus and appeared on air numerous times to discuss his struggle with illness in May and June. On Tuesday, Fair admitted that he tested negative for the virus multiple times but had originally believed he had it regardless. Fair also tested negative upon taking an antibody test.

Posted by Liberty Review at 3:00 PM No comments:

This week Judicial Watch filed a Freedom of Information Act (FOIA) lawsuit against the State Department seeking information on former UN Ambassador Samantha Power’s potential abuse of her authority to unmask the identities of U.S. citizens whose names appear in intelligence reports.
Power was the most active of the serial unmaskers in the Obama administration. She – or someone acting in her name – made over 260 such requests in her last year as ambassador and was actively unmasking people right up to Donald Trump’s January 2017 inauguration. Note that Power testified in 2017 before the House Intelligence Committee that she did not personally make the requests, but if that is true it is still unclear who did.

Posted by Liberty Review at 11:00 AM No comments:

The Republic Must Be Preserved